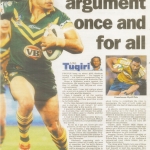 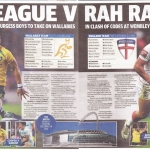 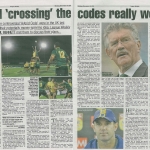 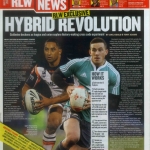 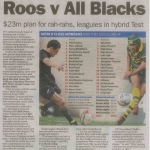 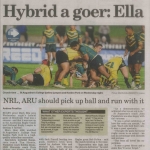 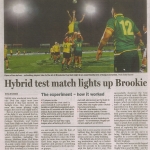 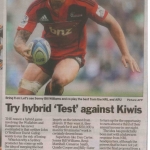 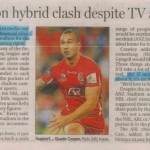 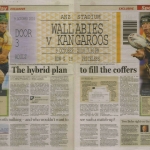 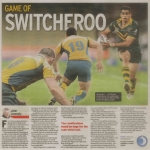 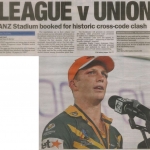 TOMMY Raudonikis says it will be just like the old days when the Fibros played the Silvertails in rugby league’s most bitter grudge match.…

It’s the stepping stone to the Wallabies v the Kangaroos.

Or even the mighty Wigan rugby league team in England against the NSW Waratahs….

Just around the corner from the Bateman’s Hotel in George Street where rugby league was born in 1907, a sma…

Rival rugby codes are brought together in game of two halves

An historic hybrid game between Australia’s Kangaroos and Wallabies is moving closer with revelations the….

Those who wandered into Sydney’s Brookvale Oval last night must have wondered if they had entered the Twilight Zone. One minute there were….

Hybrid rugby league and union game to be trialled next week

T has been talked about for many years, but a hybrid game using the rules of both rugby league and rugby union could soon be a reality….

What if we lived in a perfect rugby world, where both codes joined in harmony, no friction, no code war and everything to gain.

It’s long been mooted the Kangaroos and Wallabies should meet on a football field in a battle of the rival rugby codes.

Foxsports.com.au users got a look at what some are saying is the future of the rugby codes in Australia, when St Augustine’s College be…